The Government has given permission for two new biomass power stations to be built in the UK which will reduce carbon dioxide emissions. 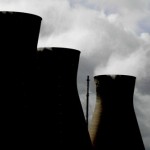 Yesterday the go-ahead was given to Drax to build two new power stations in Yorkshire and North Lincolnshire, which will employ hundreds of people and bring much-needed jobs to the area.

The green biomass stations will generate power by burning specially grown fuel crops, as well as straw and waste wood from forestry operations. According to Energy Minister Charles Hendry, combined the power stations will be capable of producing enough renewable energy electricity to meet the needs of more than a million homes.

“I am very pleased to give the go-ahead for these two new biomass power stations in Yorkshire and North Lincolnshire,” said the Energy Minister.

“They will not only enhance our security of supply, but provide low-carbon electricity that reduces our carbon dioxide emissions,” he added.

The construction of each new plant will be a much needed boost to employment in Lincolnshire and Yorkshire, bringing in 600 jobs at each site, with 150 permanent jobs once the power stations are operational. However, the two new power stations remain dependent on the Government committing to use green funding investments to help with running costs.

According to a spokeswoman for Drax Power, the company is waiting for Government clarification about the financial support available before the move to switch to biomass fuels goes ahead, with draft proposals anticipated before the end of August.

We might not be able to prevent energy firms from hiking their energy prices, but...

A Dutch study to determine the impact of offshore wind farms on wildlife has turned up...