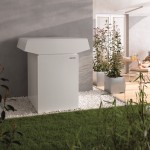 a grant funding to help cover the costs of microgeneration systems like solar thermal hot water, heat pumps and wood fuelled heating, was axed on 24 May when the new Coalition Government seized the remaining £3m from the programme budget to help towards cutting the nations deficit. And with the Lib-Con Government collecting £85m in total from the Department of Energy and Climate Change (DECC) as part of the £6bn departmental spending cuts, Stiebel Eltron has said it’s ‘vital’ that the new coalition reiterates its commitment to UK renewables.

John Felgate, Stiebel Eltron Technical Director, said the cuts could have severe detrimental effects on the renewable industry unless the government gives it assurances over future growth policy.

In a Stiebel Eltron release, Felgate said: “This is a crossroads for the renewable heat industry and we need robust and intelligent leadership if we are to meet the target of renewables producing 12 per cent of the UK’s heat by 2020.

“It is a worrying time for the renewable heat industry, when we should be looking forward and pushing the green energy agenda. The lack of either certainty or a clear Government policy can only hamper the good work currently being undertaken across the sector, and we cannot afford to see years of progression going to waste.

“The LCBP was an extremely valuable funding stream and was important in the run up to the introduction of the Renewable Heat Incentive legislation. The RHI is due to come into effect in April 2011 but legislation is still needed and the Government is yet to offer its commitment to passing it through. This leaves the renewable heat industry in limbo and could put jobs at risk.

“We understand the Government’s need for cuts and to reduce the deficit, and hope that despite scrapping the LBCP they do remain committed to the growth of the renewables industry.”

And it’s not just Stiebel Eltron looking for the government to put some weight behind renewables. The Renewable Energy Association (REA) has also called for the Government to show support for the Renewable Heat Incentive (RHI) which isn’t due to launch in the UK for another ten months.

Stuart Pocock, REA’S Head of Onsite Renewables, voiced his concerns days after the closure of the DECC saying: ““We remain confident that the new Coalition Government is strongly committed to UK renewables, however the renewable heat industry now has an urgent need for policy certainty going forward”.

The British Electrotechnical and Allied Manufacturers Association (BEAMA) has also expressed its disappointment and concerns over the cuts from the DECC.

As if the UK economy had not already endured enough crises, the country is heading for...

Situated on a disused strip of land that was formerly a car park off the main road in...