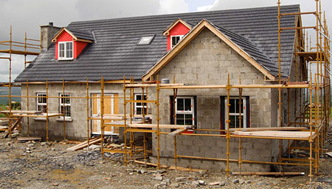 According to the organisation behind a £5 million social housing project that is due for construction in East Belfast, Northern Ireland, the prospective new homes will be so energy efficient that central heating will become completely redundant.

Indeed, Habitat for Humanity Northern Ireland is keen to stress the environmentally friendly aspects of its project, which is scheduled for completion in the next three years.

Specifically, the houses will be constructed using advanced technologies from Tyrone Timberframes, which is a local firm that specialises in domestic energy efficiency. In fact, each house in the project is expected to offer 75% more energy efficiency than the average home.

The Madrid Street development is thought to be the first social housing project in the UK that precludes the necessity of central heating systems. Indeed, the houses will feature completely air-tight designs that are made possible by triple glazed windows throughout. Each of the houses will also comprise a “whole house ventilation” system, which, according to a report published by the BBC, will recover up to 80% of the heat from stale air by filtering and redistributing it throughout the home. Tyrone Timberframes will also employ energy efficient timber frames, whilst the homes are expected to feature sufficient loft insulation in addition to many other basic measures.

If the project proves to be successful, the energy efficient houses may become standard as the world continues to battle against the looming threat of global warming. Furthermore, the Madrid Street development offers additional benefits to those who take up residence in the properties, which are expected to cost around £100,000 each, although are likely to end up in the hands of tenants rather than homeowners. Indeed, by removing domestic central heating systems, the project serves to combat fuel poverty, which is likely to become a more significant issue over the coming years.

PREVIOUS POST Millions of People Missing Out On Insulation Grants

Research undertaken by the New Policy Institute (NPI), an independent think-tank, has...

NEXT POST The Power of Osmosis: Viable Green Energy?

2 thoughts on “Green Homes: A Future Without Central Heating?”