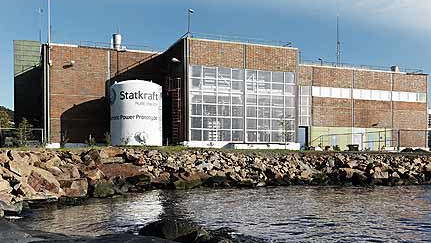 Osmosis power generation plantDomestic energy consumers are aware fuel bills are set to soar in future. Unfortunately, fuel poverty is already a term used to describe countless homes throughout the UK, which is bracing itself for one of the leanest winters in living memory as the effects of the recession and higher fuel costs combine to reduce the affordability of central heating.

One of the key reasons why domestic energy bills are expected to rise in the near future is the UK Government’s heavy reliance on wind farms, solar energy and nuclear energy is likely to be subsidised by both taxpayers and energy users. In other words, almost everybody.

Environmentalists and other such lobbyists are constantly in search of greener and cheaper ways in which energy can be produced in the UK. However, it may be worth looking at a European neighbour for inspiration, as Norway has recently established the world’s first prototype Osmosis power plant. Osmosis refers to a process that occurs naturally in plant organisms, which describes the diffusion of water particles through semi-permeable membranes.

The Osmosis test plant near Oslo works using an artificial membrane that separates fresh and salt water, the former of which is drawn towards the latter to create a pressurised flow on the seawater side. This pressure is then used to drive a turbine, which in turn produces electricity. In theory, the Osmosis facility in Norway represents an ideal green technology, as it produces zero carbon emissions. Furthermore, around 25 megawatts of electricity can be generated in a relatively small Osmosis facility. Unfortunately, as with most other methods of harnessing renewable energy, the costs associated with Osmosis are extremely high in terms of generating a profit. Indeed, as the world nudges closer and closer to an environmental catastrophe, humanity’s best efforts to avoid it are facing the highest financial penalties.

According to the organisation behind a £5 million social housing project that is due for...

Most people are now familiar with terms such as global warming, the greenhouse effect and...