According to the results of a British Gas survey, half of those under 40 are clueless when it comes to servicing their homes for the winter. 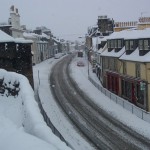 The last two harsh winters seems to have highlighted a lack of knowledge when it comes to preparing our homes for severe weather conditions. The survey of 2,200 adults aged between 18 and 40 has revealed that 50% of people under the age of 40 are nowhere near clued up about the effects of winter.

More than half of the survey’s participants can’t bleed a radiator, while three quarters of those surveyed are in the dark when it comes to checking the water pressure on their central heating boiler. Perhaps not quite as surprising, a massive 90% admitted to not knowing how to thaw a condensate pipe.

The British Gas report highlights a generation who still regard snow and freezing weather as a bit of a novelty.  Between the late 1970s until the mid 2000s, climate data shows that during this time the UK experienced mild winters compared to those of recent years.

To help households cope with extreme harsh winter conditions, British Gas says householders need to get into the habit of servicing their homes on a regular basis, in a similar way they service their cars. The energy provider has put together a series of how-to guides, which appear on its YouTube channel, designed to talk people through common, easily solvable issues.

The channel includes a guide to bleeding radiators, as well as a step-by-step guide to thawing a condensate pipe. Check them out at www.youtube.com/britishgas

Energy regulator Ofgem has handed npower a £2 million fine, after they found the energy...

NEXT POST Insurance Firm to Offer Refunds Over Mis-selling

Recently forced to suspend staff over widespread mis-selling of insurance cover for...