Recently forced to suspend staff over widespread mis-selling of insurance cover for broken boilers and burst pipes, Homeserve is advising its customers to seek a refund if they feel they have been mis-sold a policy. 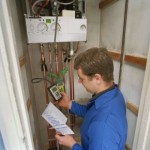 Serving 3 million customers in the UK, Homeserve recently suspended all of its telesales calls after receiving complaints concerning the companies aggressive use of phone marketing tactics. Specifically, allegations purport to customers being bullied or misled into taking out insurance policies that were unnecessary or inadequate.

Following the complaints, Homeserve appointed business analysts Deloitte to investigate the allegations as part of an independent inquiry. Consequently, the company suspended all of its telesales operations over the weekend, so its 500 or so staff could be retrained.

Homeserve says it offers peace of mind to customers worried about losing their central heating or hot water supply over the winter months. However it would appear that the scripts used by staff to sell products like boiler insurance have been offering misleading information to potential customers, with many claiming the insurance company gets away with helping its customers during emergencies thanks to clauses in its small print.

Anyone who feels they have been mis-sold insurance with Homeserve should contact the company directly, failing which, take their concerns up with the Financial Ombudsman Service (FOS).

According to the results of a British Gas survey, half of those under 40 are clueless...

The Mirror is running a campaign which calls upon the Government and fuel bosses to act...

One thought on “Insurance Firm to Offer Refunds Over Mis-selling”