Landlords could be forced to refurbish energy inefficient homes under proposed amendments to the Energy Bill , which would prevent them from renting out homes that fell into the worst two bands of energy efficiency. 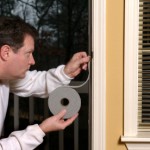 The Government has bowed to pressure from campaigners and brought forward an amendment to its Energy Bill that would stop landlords from renting out homes that fell into bands F and G. The clause was missing from the original bill.

An estimated 680,000 rented homes fall into this category – about one-fifth of the total number of private rented residences. Under the amendments, any property falling into bands F and G must be refurbished or taken off the market by 2018. Prior to that, from 2016, private sector landlords will not be able to refuse “any reasonable request” by a tenant when it comes to making energy efficiency improvements to their properties.

Under the Green Deal scheme, landlords will be able to finance improvements, such as installing energy efficient boilers, loft insulation,cavity wall insulation and double glazing, by taking out loans to have their properties made more energy efficient. The cost of the loan would be paid back through additional charges to their energy bills, and the costs should be outweighed by the savings as less energy is used.

“This means tenants will get a warmer home and cheaper bills, and the landlord gets the work done,” said a spokeswoman for the Department of Energy and Climate Change.

Currently about one-fifth of people in the UK living in “fuel poverty” live in private rented accommodation.

According to a report from the trade association RenewableUK, the UK is lagging far...

According to new Government figures, around half of British homes are so poorly...