A report in the Guardian has highlighted the strength of negativity surrounding renewable energy in the British press. 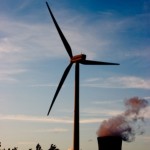 Having been privy to a previously unpublished analysis of newspaper coverage given to renewables, which was carried out by the Public Interest Research Centre (Pirc), the newspaper claims that there is a remarkable degree of negativity for renewable energy across the board.

In his introduction, Pirc researcher Tim Holmes emphasised the importance of press coverage, because newspapers can influence not just “what people perceive and believe” but also “what politicians think they believe”.

In fact, for advocates of renewable energy, the results make for pretty depressing reading. According to Pirc, more than half of the coverage given to renewables in the mainstream press is negative.

The analysis focused on coverage of renewable energy is July 2009. Pirc examined coverage of both tabloid newspapers and broadsheets, including the Sun, the Daily Mail, the Daily Telegraph and the Independent.

Three-quarters of articles in the Daily Mail, which were “centrally concerned with renewables” were negative, with a mere 8% taking a positive stance on renewable energy. The Sun wasn’t quite as anti-renewables as the Daily Mail, however it was columnist Jeremy Clarkson who accounted for a whopping two-thirds of the Sun’s negative renewables press.

Whilst the Independent took a positive stand on the subject in almost two-thirds of its articles, the Telegraph was found to be negative in 33-57% of its coverage, with the figures taking into account all articles that mentioned renewables and those that were specifically focused on renewable energy.

Pirc, an independent charity, examines the connections between energy, climate and economics.

US tycoon Donald Trump has pledged to fight the building of an offshore wind farm near...

Nuns at Europe's largest monastery in Merseyside are to become more energy efficient,...