The world’s biggest manufacturer of wind turbines is set to create 2,000 UK jobs by building a wind turbine factory in Kent. 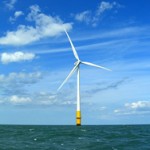 Dependent on securing sufficient orders for its new 7MW V164 offshore wind turbine, Vestas will give the go-ahead for the development of a factory at a 70-hectare site at Sheerness in Kent, resulting in the creation of up to 2,000 jobs in the UK.

According to Vestas chief executive, Ditlev Engel, the company has the manufacturing site ready as long as they get the orders to go ahead and manufacture them. Speaking to Business Green, Mr Engel said the proposed factory had the potential to create up to 2,000 jobs and could be completed within a year.

Back in 2009, the company controversially closed its wind turbine blade factory on the Isle of Wight. Building a new factory in Kent would signal a remarkable turnaround for the wind turbine manufacturer’s presence in the renewable energy market in the UK.

Following a difficult 2010, recently released results for the first half of the financial year show that revenues and profits were as expected and showed a significant improvement on the €219m loss the company recorded during the first half of last year. Whilst revenues rose 31% year on year to €2.47bn, pre-tax profits reached €8m.

Energy provider EDF Energy is to refund 100,000 of its customers, thanks to a billing...

Regulator Ofgem has piled pressure on the leading energy suppliers in Britain by...