An energy efficiency programme has been launched in the US, which aims to achieve a 20% improvement in the efficiency of its buildings by 2020. 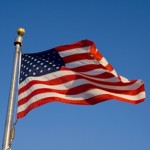 Launched by President Barack Obama and former US President Bill Clinton, the Government will be investing $2 billion (£1.3 billion) into retrofitting federal Government and commercial office buildings.

More than sixty private organisations – including Nissan and GE – have signed up to the scheme and, as part of the Better Buildings Initiative launched earlier in the year, have agreed to  invest nearly $2 billion of their own money into efficiency projects, taking the total to $4 billion.

Speaking at the launch, President Obama explained how upgrading the energy efficiency of America’s buildings would not only create thousands of jobs and help reduce harmful carbon emissions, but it was also one of cheapest and easiest ways to save the country money.

“So today, I’m directing all federal agencies to make at least $2bn worth of energy efficiency upgrades over the next two years – at no up-front cost to the taxpayer,” he said.

Aside from improving energy efficiency through better insulation and more energy efficient heating, the Better Building Initiative should help businesses achieve savings of up to $40 billion (£25.6 billion) annually on their energy bills.

Local community green schemes have been given an extra boost today, with the Government's...

According to watchdog Consumer Focus, the leading energy firms in the UK – often...