One of Britain’s leading energy suppliers has carried out research that suggests more than 75 per cent of holidaymakers fail to adjust their central heating systems before they head to the airport. 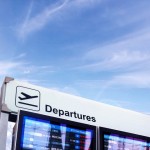 E.ON published the findings after commissioning OnePoll to quiz 2,000 Britons about their pre-holiday habits. According to the energy giant, 79 per cent of respondents claimed to have gone on holiday without having adjusted the settings of their central heating boilers.

The revelation supports growing concern among politicians, energy firms and environmental campaigners that many people in Britain simply do not understand or appreciate the importance of conserving energy. Neglecting to adjust heating controls can waste significant energy over a period of one or two weeks, especially if a large proportion of forgetful holidaymakers head abroad during the winter, when central heating systems are used frequently.

Failing to turn down the thermostat or set the boiler to turn on for just an hour or so every night can be an expensive mistake for absent-minded holidaymakers. Wasting energy can have a measurable impact on the financial health of a household because gas prices have risen consistently for the past five years – and they are not expected to fall any time soon.

E.ON’s survey also revealed that 25 per cent of respondents forgot to turn off lights before heading off on holiday. While perhaps deterring the least inquisitive of burglars, a lit property can result in significantly increased electricity bills.

Many Britons also forget to turn off and unplug electrical appliances before leaving the home. In a separate study, E.ON found that 31 per cent of respondents leave televisions on standby. Worryingly, almost the same percentage of people (30 per cent) forget to unplug or turn off microwaves.

E.ON’s energy fitness expert, Beverley Maguire, said: “Everybody loves a holiday, but the lead up can be chaotic, making it easy to forget those pre-holiday checks.

“Try [to] write a check list in advance to ensure everything is covered off and you won’t experience the anxious feeling that comes with the panic that you’ve forgotten to do something at home”.

Ms Maguire added: “As well as securing your home and turning off all the lights, it’s important not to forget the many items we have plugged in at home that are simply draining energy”.

A Hertfordshire couple has criticised housing developer Taylor Wimpey after being exposed...

British Gas is set to ruffle feathers this week when it announces a pre-tax profit of...