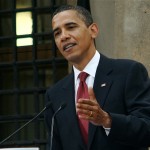 peech, which was broadcast live to US households, President Obama compared the policy implications of the Gulf of Mexico clean up to that of 9/11. And despite re-affirming to the American people that BP would cover the full costs of the oil spill, he used the situation as an opportunity to plug green energy.

“For decades, we have known the days of cheap and easily accessible oil were numbered. For decades, we have talked and talked about the need to end America’s century-long addiction to fossil fuels. And for decades, we have failed to act with the sense of urgency that this challenge requires. Time and again, the path forward has been blocked not only by oil industry lobbyists, but also by a lack of political courage and candour.

“The consequences of our inaction are now in plain sight. Countries like China are investing in clean energy jobs and industries that should be here in America. Each day, we send nearly $1bn of our wealth to foreign countries for their oil. And today, as we look to the Gulf, we see an entire way of life being threatened by a menacing cloud of black crude.

“We cannot consign our children to this future. The tragedy unfolding on our coast is the most painful and powerful reminder yet that the time to embrace a clean energy future is now. Now is the moment for this generation to embark on a national mission to unleash American innovation and seize control of our own destiny.”

Green companies in the US have quickly jumped on the bandwagon and are pushing law makers in the US to enforce new green rules.

In anticipation of Obama’s speech, investment in solar, wind and other renewable energy groups rose on Wall Street.

Denise Bode, CEO of American Wind and Energy Association said: “People are really seeing this as an example of our addiction to oil,” and CEO of the Global Wind Energy Council, Steve Sawyer, said: “Wind energy and other renewables will get a boost as policymakers, investors as well as the general public are confronted daily with stories and photos of the consequences of our continuing dependence on fossil fuels.

“This is just one more nail in the coffin for the continued expansion of the use of fossil fuels.”

Obama closed his speech by ushering each American to play their part in the transfer from fossil fuels to renewables like solar PV panels. He said: “Each of us has a part to play in a new future that will benefit all of us. As we recover from this recession, the transition to clean energy has the potential to grow our economy and create millions of good, middle-class jobs but only if we accelerate that transition. Only if we seize the moment. And only if we rally together and act as one nation workers and entrepreneurs; scientists and citizens; the public and private sectors.”

The new UK Coalition Lib-Con Government has vowed to push green energies too, and is likely to back Obama’s calls to revert to renewables.

The UK Government has fallen over 75 per cent short of its renewable energy target for...

Baxi Group has teamed up with central heating and property maintenance contractor, PH...