The UK Government has fallen over 75 per cent short of its renewable energy target for 2010 according to a report released by the National Audit Office (NAO).

The findings of t 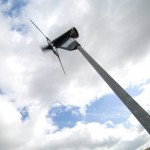 he report were announced yesterday based on data from 2008. According to the report, just 2.3 per cent of UK energy is being produced by green renewable sources. The figures fall drastically short of the UK Government’s climate change target in 2000 of generating 10 per cent of electricity from renewable energy sources like wind, solar and wave by 2010.

“At present the 2020 target looks optimistic.

“The Department should complete work on developing its renewable energy plans as a matter of urgency, and agree responsibilities with delivery bodies for implementing the plan.”

Numerous schemes offering support to consumers for renewable energy technologies have been launched since 2000. But the NAO said the co-ordination amongst the delivery bodies has historically been limited and there has been no routine collection of information on the spending and delivery by these schemes and their contribution to meeting the 2020 target for renewable energy and the longer-term statutory commitment to reduce emissions.

The UK’s solar PV electricity market could grow five fold in 2010 and 30 times over by...

US President Barack Obama has called for American people to turn to green energy during...