To help cut escalating fuel bills, a prestigious golf club has undergone an energy efficiency overhaul, including the installation of a solar photovoltaic panel system. 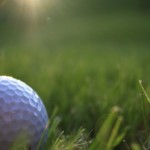 While most golf clubs are heavily steeped in tradition, Coventry Golf Club has managed to combine old fashioned values with a very modern approach to energy efficiency, which has seen the club turn to renewable energy technology to help achieve cuts to both its energy bills and its carbon footprint.

After undertaking a thorough audit of their energy consumption, a survey was carried out to identify which energy saving measures would be most appropriate for the club. Most notably, a 16 panel solar PV installation was chosen to help save on electricity costs, and so far the club has been able to achieve a 25% reduction in its electricity bills, which in turn has resulted in a saving of 5 tonnes of CO2.

Thanks to the Government’s feed-in tariff (Fit) scheme, over the course of just 12 months, the golf club has been able to generate £1,500, with the system projected to generate in the region of £56,000 over the next 25 years.

The club has also invested in energy saving LED lighting and was advised of the energy saving benefits of using ‘A’ rated energy efficient appliances, as well as implementing certain behavioural changes to help reduce their energy bills even further.

“From our perspective the technology makes sound fiscal sense. Helping to save the planet while saving money is an absolute no-brainer,” he added.

According to watchdog Consumer Focus, the leading energy firms in the UK – often...

At roughly the same time as Prime Minister David Cameron vetoed an EU initiative to...