As energy bills continue to escalate, British households are becoming more knowledgeable about energy efficiency and how it can help in the battle against high energy costs. And it’s a similar story across the pond, with more and more Americans favouring cutting their energy usage and bills over going on holiday. 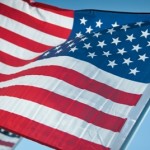 In a survey conducted by the Associated Press-NORC Center for Public Affairs Research, Americans were quizzed about their priorities. The results reveal that reducing energy bills is seen to be more important compared to taking a holiday, for example, or purchasing the latest smartphone.

Americans energy consumers – like their British counterparts – are keen to use energy more efficiently, which no doubt reflects the country’s unstable economic climate and the struggles more and more American householders face to keep on top of rising energy bills.

The recent poll reflects the country’s difficult economic climate and the desire of people to use energy more efficiently. Doug Stingle, who is the development director at the Midwest Renewable Energy Association, said there are a number of things people can do which, despite minimal investment, can  help to achieve a real cost savings. Using energy-efficient appliances and making sure homes are well insulated by installing cavity wall insulation and attic aka loft insulation, for example.

“It [energy efficiency] has certainly become more ingrained in people as we go back to our common-sense roots,” said Stingle.

“We used to perceive that there was an endless supply of energy. But there isn’t and the cost is increasing. It’s not just for environmental reasons that people are concerned, but for financial reasons,” he added.

The majority who took part in the survey said it was important to them to reduce the amount of energy they use, as well as making their home more energy efficient. Participants pointed to installing energy efficient appliances, turning off lights and turning down their heating as ways in which they attempted to reduce energy consumption and cut costs. But having a reliable vehicle was revealed to be the highest priority amongst those polled.

The survey saw more than 1,000 US adults interviewed and was conducted during 29 March and 25 April.

According to the latest press release from Boiler Guide, if you want to lower your home...

Most people still don't give much thought to what goes in their light fitting. But if you...