Most people still don’t give much thought to what goes in their light fitting. But if you stood to save a fair old amount of money, you might just start to think twice. 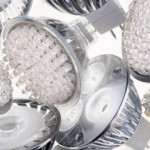 Opinion remains divided over the benefits of LED light bulbs, particularly given their initial expensive and longevity. However the Energy Saving Trust says homes switching to LED lighting can expect to see a return on their investment within 15 months or less. And the financial rewards won’t just stop there, with potential savings in the hundreds of pounds every year after.

Light-emitting diodes – more commonly referred to as LED light bulbs – can be expensive. In fact they can cost as much as six times what halogen bulbs cost –  up to £25 a pop in some cases. But with electricity prices on the rise and showing no sign of slowing down, if your home has a large number of halogen bulbs in situ then it makes sense financially to switch to these new generation of LED light bulbs. So much so, if you were to replace dozens of halogen bulbs it could translate to achieving several hundred pounds of savings every year.

While more and more people turn to home insulation as a means of being more energy efficient and reducing energy bills – for example by installing new energy efficient double glazing or loft and cavity wall insulation – energy saving light bulbs often get overlooked.

“If customers are prepared to pay the up-front higher cost they will quickly calculate that they will see a return on their investment within the first couple of years – and will go on making financial savings for many more years. Customers will also not have the hassle of continuously replacing burnt-out halogen lamps.”

While early generations of LEDs were heavily criticised for being weak in quality – not to mention having a bluer, cooler colour temperature – this no longer seems to be as much of a concern. Thanks to encouraging reviews from both consumers and energy experts, it seems the new generation of LEDs are a completely different kettle of fish.  LED bulbs are advertised to last for 10,000 hours or more, unlike halogen bulbs which have a typical lifespan of around 1,000-hours.

A typical 35W halogen replacement LED will use as little as 4W. 35W replacements are available for around £12 each, but the price almost doubles for 50W replacements, which can cost in the region of £23 each. Using these will of course delay the payback time, by at least 12 months.

The main benefits of LEDs are:

Ideally look for LEDs with a colour temperature of about 2700k for halogen replacements. And think about where you are going to put the bulb. After all, it doesn’t make fiscal sense to fit it in a downstairs cloakroom for example. So factor in how long you will have the lights on in each room, otherwise it could take what might seem like forever to get your investment back.

Britain's solar industry is set for a boost after manufacturer Sharp Solar announced...