According to the Renewable Energy Foundation (REF), the UK has failed by some margin to meet its 2010 renewable energy target. 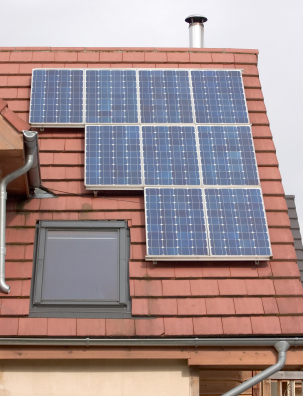 In a report published by the REF, the UK generated only 6.5 per cent of its electricity from renewable sources. Using figures obtained from industry regulator Ofgem and the Department of Climate Change and Energy (DECC), the REF report highlighted a number of factors that may have caused the UK to miss its target for last year.

One explanation for the UK’s poor renewable energy record was cited as a poor ‘Load Factor’, which is the term used to describe wind levels affecting onshore and offshore wind farms.

According to the REF, however, the UK would have missed its renewable energy target by a considerable distance even if the nation had experienced above-average Load Factors.

Director of Policy and Research for the REF, Dr John Constable, explained: “The EU’s renewable targets have long been known to lack credibility and clarity of purpose.

“The UK results we are publishing today show that, in spite of very high costs to consumers, the 2010 target has been missed by a large margin and that consequently the EU 2020 target is plainly beyond reach. The counterproductive target-led renewable policy agenda to 2020 has now reached the end of the road and should be replaced with a more feasible and reasoned strategy”.

In March, the Energy and Climate Change Secretary Chris Huhne pledged a further £3.2 billion for the UK’s energy budget over the next three years. It is unclear whether such spending will benefit consumers or help the UK meet its energy targets. Homeowners in the UK can do their bit for the environment by availing of solar PV technology to generate renewable electricity for use throughout the home.

Figures published by the Department of Energy and Climate Change (DECC) have revealed...