The University of Leeds has completed a two-year study into the potential benefits of creating a low carbon area in the region around the city of Leeds. 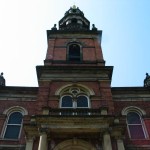 Researchers at the university have calculated how a region-wide implementation of energy-saving measures such as installing solar photovoltaic panels and establishing park-and-ride schemes might benefit the city. According to the findings of the study, substantial savings on energy bills – both domestic and commercial – could be made if sufficient investment is provided by government.

Professor Andy Gouldson of Leeds University’s Centre for Low Carbon Futures, claimed that the region of Leeds, Barnsley, York, Wakefield, Calderdale, Bradford, Craven, Kirklees, Harrogate and Selby, which has an approximate population of three million, would be able to shave £1.2 billion off its annual energy bill of £5.4 billion by implementing basic energy-saving measures, however, any such initiative would require £4.9 billion of public funding or private investment.

A more ambitious strategy to cut carbon emissions in the area was examined by the university. Costing £13.03 billion, the measures would save the region £1.71 billion in annual energy bills.

“If local government can underwrite early stage investments, as is happening in some places, then major flows of private sector investment can be secured. Investments can come from institutional investors such as pension funds, or in the near future through the Green Deal”.

The professor further noted that, despite the high levels of investment required, there were compelling “economic, social and environmental” reasons for implementing energy-saving measures at region level.

Responding to the study, Tom Riordan, the Chief Executive of Leeds City Council, wrote: “What this report demonstrates very clearly is that rather than being a ‘nice to do’, this is a ‘must do’ for an economy which wants to become more competitive”.

Implementing conventional energy-saving measures such as solar panels, cavity wall insulation and loft insulation. is arguably essential at every level of society if the UK hopes to meet its obligations to cut carbon emissions. As highlighted by the University of Leeds, investing in green technology can pay off in the long-term, whilst providing hope of a better future for subsequent generations.

A family from Barrowford, Lancashire, has described the difficulties faced in securing...

In a month known for its doom and gloom, energy customers might be feeling a little less...