The Government’s decision to press ahead with plans to reduce subsidies for medium to large-scale solar initiatives in the UK has been met with concern by the solar industry. 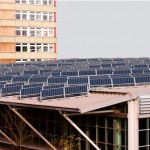 Accused of significantly limiting the country’s solar future, ministers have decided to stick to their guns on a spending issue that caused much controversy when it was first published. Without increasing the availability of subsidies under the feed-in tariffs system, the UK is set to lose substantial investment in the solar industry over the coming years.

Considering that most of next year’s budget for feed-in tariffs has been allocated already, little money will be made available for small-scale operators who happened to install solar equipment in the current year. Without further investment, it is argued, the UK solar industry is destined for disaster.

As ministers refuse to entertain the possibility of increasing the feed-in tariff budget or removing restrictions on subsidies for medium to large operators, the UK Government risks falling even further behind in the global race for solar supremacy.</p>

Dave Sowden, the Chief Executive of the Micropower Council, explained: “The scheme is a victim of its own success. If the annual caps are as rigid as we are being led to believe, this is a serious problem. The industry is worried that the growth is not going to be there”.

In response, a spokesperson for the Department of Energy and Climate Change (DECC) hinted that the feed-in tariffs would continue to be supported for private users and small-scale investors.

The spokesperson said: “The scheme is paid for by energy consumers through their bills and has a fixed budget. The scheme is proving popular with households and we are continually monitoring the take up to make sure that we stick to budget. As we have previously said, all tariffs in the scheme are being considered in the comprehensive review with that in mind and we are monitoring the situation very closely”.

Property owners in the UK can avail of solar PV technology by installing domestic panels that capture sunlight and convert it into electricity, which can be used throughout the home or sold to the National Grid under the feed-in tariffs system.

The Government has revealed its plans to reduce carbon emissions and cut energy bills...

It's saying something when a qualified accountant struggles to calculate the cost of a...