It’s saying something when a qualified accountant struggles to calculate the cost of a domestic energy bill, but that was exactly what happened during the latest Which? investigation. 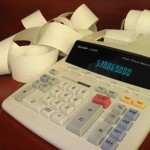 Which? asked members of the public to calculate the cost of a domestic energy bill, taking the information from a range of energy providers’ websites, including British Gas, Southern Electric and Eon. But only one person was able to undertake the task successfully.

In fact, apart from a company director, every single one of the 36 people who took part in the investigation got the calculations wrong – and that included an accountant.

“People tell us they want to be able to check they’re paying the right price for their energy, and when even an accountant struggled to calculate a bill, it shows it’s far too complicated,” commented Richard Lloyd, executive director of Which?

An Ofgem spokesman said they welcomed the research, adding that following their own investigation they were already proposing radical action to reduce the number of confusing and complex tariffs.

“There are currently around 400 tariffs available and we are proposing new rules which will pare down the number of standard tariffs suppliers can offer, making it much easier for customers to pick out cheaper energy deals,” said Ofgem.

The Which? test was overseen by a mathematics expert from Edexcel. Keith Pledger, chairman and head of the mathematics exam board said most A-level maths students would find the calculations difficult and that it was “unrealistic to expect the public to be able to find the best deal when faced with such complex tariffs.”

As the cost of electricity and gas central heating continues to rise, Which? has launched the Affordable Energy Campaign. The consumer rights campaigner is calling on the energy regulator Ofgem to stamp out excessively complex tariffs in favour of a simpler format across the board.

The Government's decision to press ahead with plans to reduce subsidies for medium to...

It must be a case of 'waste not, want not' for Britain's largest water and sewerage...