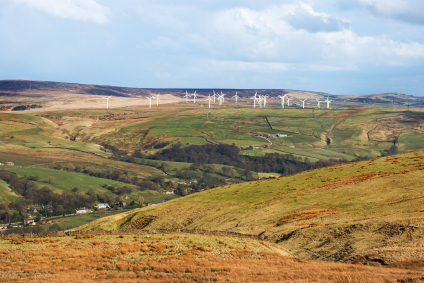 Producing green energy via wind turbines is one of the driving objectives featured in the Government’s Low Carbon Transition Plan, which also outlines plans to increase nuclear power whilst supporting households that produce their own electricity, through solar panels, with cash bonuses.

Unfortunately, wind farms in Great Britain have suffered from a lack of available funds, which has raised significant doubts about their cost-effectiveness as a means of producing green energy. However, showing considerable faith in wind power technology and going head-to-head with the Royal Bank of Scotland and Lloyds Banking Group, the UK Government has recently announced plans to lend £1 billion to wind farm developers.

In the deepening recession, despite having been bailed out on more than one occasion, the major banks in Britain are proving reluctant to invest in wind power technology. However, this has resulted in a stalemate with the Government, which desperately wants to demonstrate its commitments to the environment and ratified low carbon targets by increasing the availability of renewable energy for homes throughout the UK.

Ed Miliband, who is the Energy and Climate Change Secretary (at least for the time being), has argued that the banks, which are partly state-owned, will need to secure the loans in order to facilitate production of up to 1 gigawatt of electricity via onshore wind farms, which will be able to power some 2 million homes in Britain.

Of course, the Government’s environmental concerns are very admirable, even if three power companies in China produce the same carbon emissions as the UK. Nevertheless, the conflicts that have arisen between the drive for economic stability, meeting green renewable energy commitments and the preservation of wildlife and areas of outstanding natural beauty, threaten to derail low carbon plans.

The Energy Saving Trust and the Environment Agency have today launched a joint report on...

NEXT POST British Gas New Energy and AlertMe Team Up

If you want to reduce your households carbon emissions, save money and cut energy...