The recent increase in the personal tax allowance left cash-strapped families jumping for joy, but high household bills and sluggish wage rises have counteracted this financial ray of light to uphold the incessant pressure on domestic budgets. 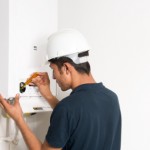 According to Asda’s Income Tracker, discretionary income on the average UK household stood at £157 in May 2013, down £1 (0.5%) on the previous year and marking a notable drop on the £165 peak witnessed in early 2010. This fall can be attributed to a number of factors. Figures from the Office for National Statistics (ONS) show that with average salaries rising by a meagre 1.3% in the year to April, inflation is continuing to outstrip wages.

Inflation is well above the Bank of England’s 2% target, which it has failed to achieve since 2009. ONS figures show that Consumer Prices Index (CPI) inflation inched up to 2.7% in May, representing a 0.3% rise from April. As a result, consumers are struggling with escalating gas, electricity and water bills, which are absorbing a significant proportion of take-home salary, leaving them with progressively less disposable income.

Discretionary spending power is currently £8 a week lower than the peak reached in 2010, and it looks as though it could be a while before things start to improve.

How to save on household essentials

While there’s not much that can be done about high rates of inflation and stubborn wage rises, homeowners can take action to reduce their household bills and boost their disposable income.

Switching energy suppliers is a quick, simple and effective way to save a lot of money on your bills. Opting to join a cheaper plan with a new provider will not affect the quality of the energy supplied to you but can make a huge difference to the cost. Remember to read the small print carefully, as some companies enforce additional fees if you opt out early.

A further way to reduce your energy bills is to get free boiler quotes from Gas Safe Registered boiler installers to replace your old boiler. Investing in a new boiler at a time when many households are struggling to make ends meet may sound like an odd suggestion, but it can actually save you a lot of money in the long run.

Since April 2005, all gas boilers sold must be condensing boilers by law and as these are far more energy efficient than older models, your energy bills will not only absorb less of your income but your carbon dioxide emissions will also be significantly reduced.

There are also boiler grants available to eligible households who meet the qualifying criteria for a free boiler under the Government’s Affordable Warmth Energy Company Obligation scheme.

Energy regulator Ofgem has published details of a new code of conduct for...

With a rather mild end to September on the cards, we could be forgiven for thinking that...