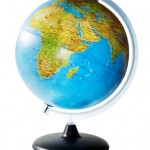 The figures suggest that governments around the world may have restricted green budgets, perhaps in response to worsening economic conditions. Last year, clean-energy investment fell by 11 per cent from the previous year, but 2012 can still be considered a success for the renewable energy sector, having achieved second place on the all-time list of investment years.

Across the globe, $268.7 billion was invested in clean energy in 2012. China invested 20 per cent more than it did in 2011, taking its total to $67.7 billion   a figure that saw the nation move above the United States to reclaim first place in the national rankings.

Investment in all but one clean-energy technology dipped in 2012. Solar contracted by 9 per cent, wind 13 per cent and biomass 27 per cent, but investment in small-scale hydro projects grew by 17 per cent.

Michael Liebreich, Chief Executive of BNEF, said: “We warned at the start of last year that investment in 2012 was likely to fall below 2011 levels, but rumours of the death of clean energy investment have been greatly exaggerated”.

Mr Liebreich added that global economic conditions could easily have impacted on the clean-energy sector to a much greater extent, so the figures are far from disappointing.

Investment in large-scale environmental initiatives is important if governments are to commit to a cleaner, more energy-efficient future, but investment can be a thorny issue with officials who are driven to cut costs. Steps have already been implemented to ensure that nations address their environmental obligations. The UK, for example, is legally obliged to reduce carbon emissions (relative to 1990 levels) by 80 per cent by 2050.

Unfortunately, state investment usually equates to higher energy bills and taxation for ordinary members of the public, who can do much to mitigate their losses by availing of domestic clean-energy technologies such as solar PV panels. Insulating lofts and cavity walls can also help to reduce energy bills, whilst installing an energy-efficient central heating boiler can achieve the same result.</p>

The Office of Fair Trading (OFT) has noted its concern over sales techniques employed by...

NEXT POST Housing industry calls for return of conservatory tax

Chancellor of the Exchequer George Osborne has been encouraged to restore a tax on...