The Office of Fair Trading (OFT) has noted its concern over sales techniques employed by some domestic installers of solar photovoltaic panels, cavity wall insulation and other green products. 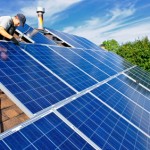 The OFT believes some installers are pestering vulnerable members of society to purchase green products. Exaggerating the benefits of such products, unscrupulous installers have been accused of targeting elderly and vulnerable householders, sometimes persisting with hard-sell tactics in the customer’s home for many hours before leaving with an order.

Victims of dodgy sales techniques have complained that contractual terms and cancellation rights are rarely explained in detail, leaving many people stuck with products they neither need nor want.

Clamping down on ‘green’ cowboys, the OFT has issued a warning to the industry that such activities will not be tolerated.

As quoted by the Telegraph, OFT Director Nisha Arora said: “It is important that people can be confident that the companies they deal with are complying with the law”.

Ms Arora added that prospective customers should be made aware of the realistic benefits of green products such as solar PV, double glazing and loft insulation without having to endure “pressure sales techniques”.

Consumer Focus Director Audrey Gallacher said that standards across the industry had ‘fallen short’ of expectations.

Ms Gallacher said: “This is a multi-billion-pound industry and it appears the practices of some companies are falling way short. High-pressure sales tactics are the last thing consumers need if they are to make an informed choice before buying double-glazing, insulation and solar panels. The OFT is right to be marking the cards of companies who are acting improperly”.

Ms Gallacher added that, unless the OFT is firm with rogue installers, the problem will likely worsen as more people “invest in energy-efficiency measures” under the Green Deal.

Green products such as insulation, double glazing and solar PV have been advertised heavily in recent months. Households can reduce their energy bills by limiting the amount of energy that is lost through walls, ceilings and windows, whilst solar panels can provide an alternative source of power. Feed-In Tariffs (FITs) are also paid to those who generate solar electricity, but this subsidy was thrice cut by the government in 2012.

Data published by the Department of Energy and Climate Change (DECC) suggest that some...