The British Government has promised to help people make the switch to green heating by increasing the size of grants made available under the Renewable Heat Premium Payment (RHPP). 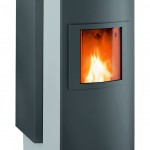 The grants were introduced to provide interim relief to households in the months leading up to the launch of the Renewable Heat Incentive (RHI). The RHI had been scheduled to take effect this summer, but at the end of March government ministers confirmed that the scheme would be postponed until March 2014. To limit the impact on households, Minister of State for Energy and Climate Change Greg Barker assured the British public that the government would extend payments under the RHPP.

The decision to delay the domestic version of the RHI (the non-domestic scheme has been running since early 2012) was met with disappointment by leading industry figures. Paul Thompson, of the Renewable Energy Association (REA), criticised the government for failing to clarify its policy on the delayed scheme, adding that the postponement merely heightened scepticism and uncertainty among members of the public. Others felt that the delay would leave green companies in limbo.

But the government attempted to address the problem by extending the RHPP. Perhaps after realising that an extension was not in itself an adequate short-term measure, environment ministers this week announced that grants made available under the RHPP would be increased.

Vouchers for ground source heat pumps have increased by 46 per cent from  1,250 to  2,300 each. The pumps can be used to extract thermal energy that is trapped underground. RHPP grants for air source heat pumps, which extract warmth from the air, have risen by 35 per cent from  850 to  1,300. Eligible households will also receive more towards the cost of biomass boilers ((2,000) and solar thermal panels that provide hot water ((600).

RHPP vouchers have been used by more than 10,000 households since 2011. Although the domestic RHI scheme cannot arrive soon enough for some, the increased RHPP payments, which are worth  12 million in total, should help those who want to make the switch to green heating technology before March 2013.

British Gas has been honoured at the Business Charity Awards. The energy supplier was...