Save the Children has hit out at energy firms, accusing them of not doing enough to help Britain’s most needy families struggling to meet the costs of rising fuel bills. 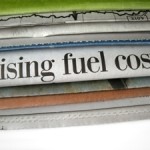 According to the charity, energy firms have not committed enough funding to a scheme designed to help fuel poor households, causing thousands of families to miss out on much needed help

Under the Warm Homes Discount Scheme, some of the UK’s poorest families – which according to latest figures stands at around 800,000 – could be entitled to receive a discount of £120 on their home heating bills. However, thanks to a massive shortfall in the amount of funding available, only 25,000 families will actually receive the discount.

The Government scheme, which runs for four years from winter 2011/12, only reaches a mere 3% of families who risk falling into fuel poverty.

“It’s unacceptable that 97% of the UK’s poorest families who need help heating their homes this winter will get nothing because energy companies have not put up nearly enough money,” said Save the Children’s chief executive, Justin Forsyth.

“The scheme urgently needs millions more from the energy companies, or the cost will be counted in children’s futures,” he added.

Electricity suppliers participating in the scheme include the “Big Six”, as well as M&S Energy, Sainsbury’s Energy and Utility Warehouse, amongst others. Each supplier has different eligibility criteria which they use to determine which customers are eligible.

The Warm Home Discount Scheme, which the Government has estimated to be worth £1.1 billion between 2011 to 2015, targets people in receipt of pension credit, as well other vulnerable groups.

Eligible households receive a rebate of £120 in the first year, rising to £130, £135 and £140 towards their annual heating costs as recipients work their way through the four year scheme.

For more information, you can contact the Warm Home Discount Scheme helpline on 0845 603 9439 between 8am to 6pm, Monday to Friday.

The British Government's attempt to halve solar subsidies has been ruled unlawful by the...

Discussing a plight affecting millions of households in England and Wales, Save the...