According to a new report, China has great potential for green growth but it needs to replace dirty, energy intensive technologies with clean green forms of renewable energy. 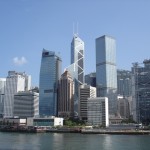 In the report, which was released this week, China’s Council of International Co-operation on Environment and Development described the country’s environmental situation in terms of green growth as having a “Jekyll and Hyde” nature.

Although China is making the world’s biggest investment in new forms of energy, it also has the most dangerous levels of pollution.

The council has advised the Government to spend 5.8 trillion yuan (£61 billion) on measures which will  save energy and protect the environment. Some 10.6 million jobs would be created, the country’s gross domestic product (GDP) – one of the main indicators used to determine the health of the economy – would be boosted by 8 trillion yuan and it would result in energy savings worth 1.4 trillion yuan. According to the council, what would be gained would far and away exceed the costs associated with eliminating the dirtier sectors of the economy, which it has estimated would incur a loss of around 950,000 jobs and 100 billion yuan in output.

“The industrial sector is still the prime energy consumer and a major cause of pollution, so greening the sector is key for China’s green transformation.”

Taking three years to complete, the report said: “The blind pursuit of economic growth has now become a huge obstacle for China’s green growth.” It highlighted China’s obsession with GDP expansion, most notably at local Government level, which has caused the implementation of environmental goals to take something of a backseat.

Whilst many seasoned political observers have watched on in dismay as the Liberal...

With the winter months fast approaching, energy consumers already struggling to meet the...