Whilst many seasoned political observers have watched on in dismay as the Liberal Democrats allowed their Tory masters free rein to implement austerity measures, it would appear that the recent decision to halve solar subsidies has lit the touchpaper of discontent. 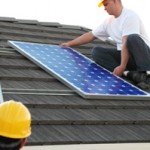 In a move that is likely to rock the political fabric of the UK, members of the Liberal Democrat Party are reportedly planning to prepare for the possibility of a potential revolt. If a revolt fails to inspire councillors and MPs – or, as may seem more likely, fail to happen at all – the Lib Dems are thought to be willing to settle for a compromise: that the cut-off point for applications under the Feed-in Tariff system (FITs) be pushed back to April next year.

Published by the Guardian online news service, a leaked briefing document is said to highlight the extent to which the Lib Dems have been upset by the Conservative Party’s decision to slash the rate paid under FITs from 43.4p per kilowatt hour to just 21p.

Written by Liberal Democrat sources in the Local Government Association, the leaked document reads: “To do it [slash solar subsidies] at such short notice isn’t good governance and [it is] bad for business planning. Changes were expected next year, not to be imposed with a month’s notice. We want the cut-off point to be extended to the end of the financial year, as originally promised”.

Although failing to propose a revolt in explicit terms, the authors of the document clearly want action to be taken to protect the UK’s solar industry. The document continued: “We fought the last general election on getting more green jobs. The Feed-in Tariff was helping to grow a new industry and get more people into work. We don’t want to see this put at risk”.

The Government’s decision to slash the rate paid under FITs for electricity generated by solar PV installations is expected to severely weaken, if not completely kill off, the UK’s domestic solar industry. Reducing solar subsidies was deemed necessary to sustain a growing industry, but to halve solar subsidies at such short notice is deemed reckless and short-sighted by many. Whether the Lib Dems’ discontent prompts change remains to be seen.

British Gas has seen its customer base drop by a staggering 200,000 as a backlash of the...

According to a new report, China has great potential for green growth but it needs to...

One thought on “Lib Dems’ Ire Over Solar Cuts”