There have been concerns over Britain’s move from traditional incandescent bulbs to their more energy efficient counterparts. Fluorescent energy saving bulbs are generally regarded as healthier for the environment and home energy bills. In fact, up to £45 or so can be saved using the more eco-friendly bulbs because they use up to 80% less electricity. This all seems very straightforward for a slightly greener future: out with the old, in with the new. However, not all may be as green as would first appear. 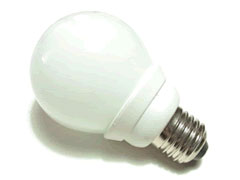 As of today, the traditional 100-watt incandescent bulb will be consigned to history. Outlawed by the EU, whose expert advisors sought the change in December 2008, the 100-watt incandescent lightbulb is considered too damaging for the environment. In pursuit of meeting its wider policies on climate change, the EU has arrived at the seemingly sensible conclusion that the 100-watt bulb is unsuitable for modern demands. However, as with many other policies and laws to have emerged from Brussels, a signficiant proportion of the British public is uncompromisingly opposed to the switch – but why?

According to a number of sources, which rely upon purely empirical evidence, the compact fluorescent lightbulbs (CFL’s) cause various unpleasant health conditions, including migraines. More sensationalistic – and unfounded – claims go so far as to suggest that the new bulbs could cause skin cancer, although there is genuine concern over those people with extreme light sensitivity disorders. Furthermore, the CFL’s are said to contain substances that are ultimately harmful to the environment, such as mercury. Nevertheless, the CFL’s represent environmental savings that could help to cut Europe’s burgeoning carbon footprint. The real question is do people want to change?

Islay is one of Scotland's most famous and beautiful islands. With a population of around...

If you have a wood burner or a combustion stove, you may be interested in a nifty little...