The UK’s solar PV electricity market could grow five fold in 2010 and 30 times over by 2015 as a result of new feed-in tariffs, according to analysis by industry-focussed assurance, tax and advisory service PricewaterhourseCoopers (PwC). 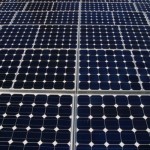 sis found the widespread roll out of solar PV in the UK has suffered due to a lack of incentives for small-scale domestic installations, complexity of funding and planning restrictions.

However, feed-in tariff style grants and funding have rapidly increased installations in European countries with some nations seeing an annual increase of installations in excess of 300 per cent in the first year of the tariffs being available. And with the Clean Energy Cashback Scheme – also known as the Feed-In Tariff – being implemented to allow UK homeonwers who generate their own electricity receive regular payments for the energy they supply, PwC Renewables Director Daniel Guttman believes UK residents could flock in the direction of Solar PV power in 2010.

He said: “The significant expansion that may be just around the corner will change today’s ‘cottage industry’ into a much more professionally organised sector.

“The PV market will become more sophisticated with more complex products and a greater focus on accountability for system performance.

“The industry will need to adapt and develop quickly to ensure that as much of the opportunity in terms of job and value creation is captured within the UK.

“Companies that have been successful so far have benefited from investment in order to fund expansion.

“Further investment will be required in order to train for and fund the rapid expansion expected. New entrants are likely to expand into the UK in coming years.

“We believe that this will be true across much of the value chain, but particularly downstream around installations.”

The study conducted by the advisory service called ‘On the brink of a bright future? Insights on the UK solar photovoltaic market’ found that the majority of UK PV installations are small domestic panels like in Germany and France while large-scale solar farms are more common in countries likes Italy and Spain.

PwC claim to have got the five-fold installation improvement from UK industry observers who’d been interviewed as part of the study which also suggested the market survey expressed concern that there are too few certified installers to meet the potential demand.

The group says there needs to be sufficient investment in infrastructure, skill and training for the UK to fully benefit from solar power.

“While its use in the UK is small today, PV has a promising future if supported by strong government policy that sustains early deployments and supports the technology’s transition to cost competitiveness.”

Situated on a disused strip of land that was formerly a car park off the main road in...

The UK Government has fallen over 75 per cent short of its renewable energy target for...